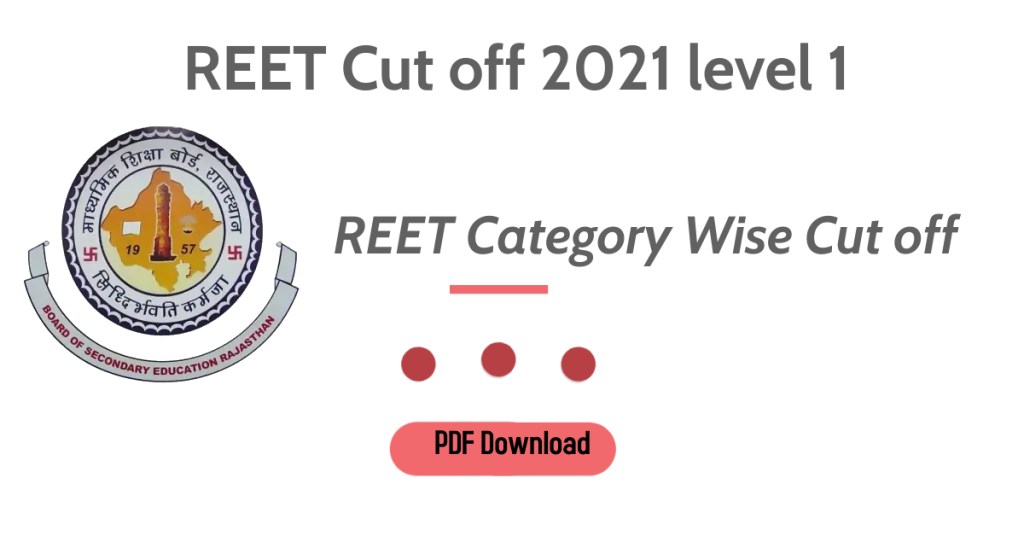 It is being speculated that the cut off of REET 2021 1st level may be released today on Sunday.

State President of Rajasthan Unemployed Unified Federation, Upen Yadav has shared the information regarding the cut off of REET Level 1 by tweeting.

Let us tell you that the application process of Teacher Level 1 has also been completed by the Education Department. In such a situation, the exercise of releasing the cutoff list of REET level 1 has started

after the cheat in REET, REET level 2 was canceled by the state government. Upen Yadav tweeted and said, ‘Call messages are coming from candidates regarding the REET Cut off 2021 level 1

The officials told me to release the cut off by Saturday or Sunday. Talked to the officials again today. He says that some work remains to be done. If it is done today then today the cut off will be released, otherwise it will be tomorrow.

What is the cut off of REET Level 1 ?

What is the cut off of REET Level 2 ?
Rajasthan Teacher Eligibility Test REET Level 2 has not been released yet. The cut off will be released soon after document verification.

What was the cutoff of REET 2018?
The cut off of 2018 was around 115-120 marks than 2018 off is likely to be higherWhen Will be declared REET Level 1 Final Cut Off
Ans- After Document Verification

REET 2022 Notification Syllabus and All